Spring 2017 at the Inner Harbour 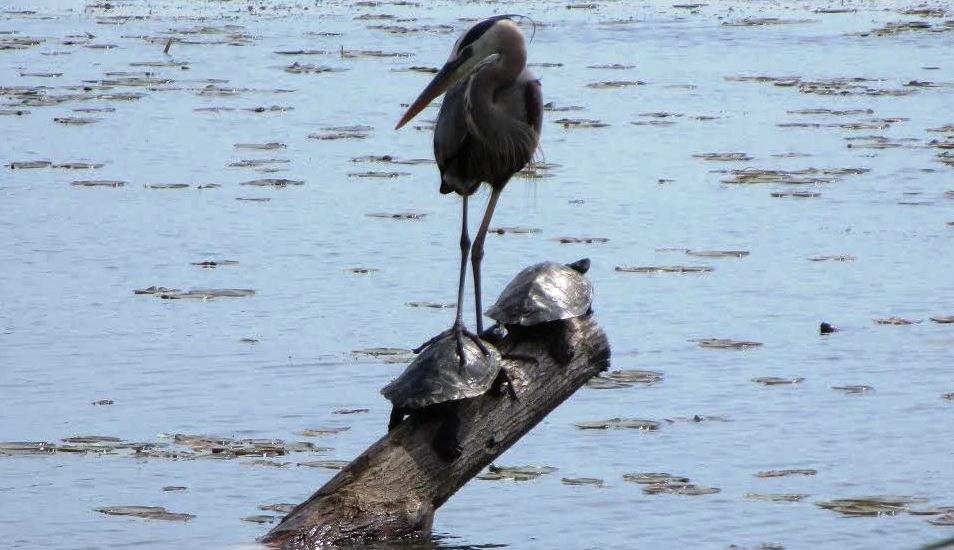 “I saw three (snappers, I think) laying in the dirt area along the art wall this morning, as well as evidence of two or three other nests that hadn’t been covered yet.  I also saw a big ol snapper headed up lower North St on the street.” “Attached are photos for two nest sites that I covered this morning. The area is where grass seed (or whatever) is supposed to grow. The turtles, wisely, seem to favour it over the rock-hard parking lot. The two that I covered were fresh and still wet. One had a turtle on it earlier this morning (see photo). Many, many nests there, as you may already know.”

“I was walking along the park path in Fluhrer Park tonight and I spotted about a dozen turtle heads sticking out the weeds floating near the shore. I believe they are musk turtles by the yellow line on their face and neck. I’ve never seen so many turtles in one place!”

“Turtle sighted at the beginning of the K&P trail heading away from the river towards the abandoned building on the left.”

“Our walking group spotted this lost looking turtle at the beginning of the K & P Trail this morning. We convinced a kind city employee to move it back towards the  water and away from the road where it was headed.” “Sometimes Mother nature provides ho-hum photographers with a gift. These two photos were taken in sequence this morning of the same log and same turtles (except for two who decided they had other things to do).“

“My husband saw a turtle (about 7×8″shell) digging a hole to lay eggs this morning on his walk with the dog.The turtle was seen right beside the sidewalk in the garden.   A few steps past the gates to the upper driveway to Lleuwarden.  (End of North St).” “I spotted 2 turtles on land at Douglas Flyer Park June 10 th am. One appears to be laying eggs.  Both were near the graffiti wall. I pointed it out to event staff for up trail opening and they barricaded it off from visitors.” June 10th

The first turtle hatchling was seen on Friday April 7th, 2017